After the release of the Treasury's Report: "Economic Transformation, Inclusive Growth and Competitiveness: Towards an Economic Strategy for South Africa", Dr Adelzadeh released the following critique in video format where he poses, and ultimately seeks to answer, the following two questions.

Business Day Article, 05 August 2019: At the 25 Years of Democracy conference, President Cyril Ramaphosa stated that his government “is not afraid of new ideas and of new ways of thinking. We want to work with you, and for you to challenge us, to bring added rigour to the work of government.”

Yet the latest state of the nation address and the reappointment of the Reserve Bank governor indicate that the government intends to continue to pursue the current economic policy to achieve the National Development Plan (NDP) targets of doubling the size of the economy, reducing the unemployment rate to a single digit and eradicating poverty by 2030.

Our economic modelling work shows that if status quo economic policy is followed, SA is likely to achieve less than 3% average economic growth, while by 2030 unemployment and poverty rates will be 24% and 27%, respectively. That is, by 2030 SA will be almost as far away from the NDP targets as it is now.

Why is the status quo economic policy likely to fail, and what is the policy alternative? Currently, macroeconomic policy is stuck in an austerity mode characterised by the illusive pursuit of reducing the debt-to-GDP ratio through expenditure cuts and preserving the value of the currency through a relatively high interest rate policy. These two measures have the economy in a low growth and high unemployment trap.

Recently, essential microeconomic policy measures have been advanced to offset the negative impact of the austerity measures and to deliver the NDP’s macroeconomic goals of high growth and employment. But advocating microeconomic policy reforms to overcome the macroeconomic crisis is a convoluted and inappropriate approach. It is like using brain surgery instruments to conduct heart surgery. The patient, in this case the economy, will undoubtedly be compromised.

Current austerity-focused macroeconomic policy gives way to a growth-orientated approach, enabling policymakers to use fiscal and monetary policy for a more robust response to the country’s developmental imperatives. A five-fold increase in general government investment takes place over the next 12 years, while investment by public corporations increases to about R600bn by 2030, with significant funds allocated to building roads, bridges, railways, schools, hospitals, public housing, and other economic and social infrastructure needs of the country. Concurrently, resources allocated to the delivery of social services receive an important boost over the next 12 years, supported by improved growth performance.

In addition, the Reserve Bank actively uses monetary policy to help achieve a growth target of 6% and raises the upper limit of the inflation rate to 8%. Consequently, lower interest rates reduce the cost of borrowing, easing access to credit by the private sector, which help the growth of small and medium-sized enterprises in general and black ownership in particular.

As the demand for skilled labour rises, there is little to no chance that the private sector alone will generate jobs for 6-million unskilled unemployed workers in SA. Therefore, as the government revamps the extended public works programme it gradually becomes the employer of last resort for the unskilled unemployed.

Trade and industrial policy helps corporations grow bigger and more innovative. In return, they focus on sectors that promise the greatest social returns, especially in employment. Since the manufacturing sector has relatively larger spillover effects, the government focuses on this sector for public procurement and local content policies, industrial financing and other measures.

The Public Investment Corporation, which is expected to contribute to the broader socioeconomic development of the country, invests R100bn in the manufacturing sector over the next five years, and the public-private growth initiative invests at least R500bn, mainly in manufacturing, over the next 12 years.

Overall, the Nayi le Walk policy roadmap is designed to boost aggregate supply through increasing the productive capacity of the economy. Aggregate demand is also lifted through the fiscal multiplier and increased household income and expenditure due to a significant reduction in the unemployment rate.

A more comprehensive view of this roadmap and its likely impact on key economic indicators is contained in “The Indlulamithi 2019 Report”.

The Nayi le Walk policy simulation exercise shows that it is possible for economic policy to propel the economy onto a path with structural transformation and economic growth with significant reductions in the unemployment rate and poverty. It requires replacing the current austerity-focused economic policy framework with one that is pro-growth, pro-working class and pro-poor.

Johannesburg, 19 October 2018: FORECASTING is at the forefront of government planning ahead of the 2019 national elections and on the heels of the release of the Indlulamithi South Africa scenarios 2030 earlier this year.

The company will support GPG’s efforts to build medium and long-term forecasts using its suite of web-based economic models of South Africa, which includes national, provincial, and municipal economic models.

The first three-day training workshop with the GPG took place in mid-October at Statistics South Africa in Pretoria, following the recent Presidential Job Summit and just ahead of the upcoming Investment Summit next week. Six more workshops are planned in the coming months.

The contract includes the use of ADRS’s forecasting model solution, which requires training of 20 specially selected individuals from within the GPG on how to best use the modelling system to develop various policy scenarios to achieve key goals of the National Development Plan (NDP) nationally and provincially. These goals include eradicating poverty and reducing the unemployment rate to less than 10% by 2030.

“This undertaking aims to ensure more realistic policy scenarios and forecasts of economic growth, sector development, unemployment alleviation, and the eradication of poverty. The key is to find suitable solutions for these pressing and inter-related challenges by using well-crafted models of the economy to run real-life scenarios based on different policy choices,” explains Asghar Adelzadeh, Chief Economic Modeller at ADRS Global.

Gauteng Provincial Government Deputy Director General: Economic Planning and Development, Motlatjo Moholwa says he is excited the project has taken off. “We don’t run economies on emotions but on evidence. It is therefore very important for a provincial economic powerhouse like Gauteng, which contributes about 35% to the national economy, and about 31% to national employment, to make decisions based on facts. “If Gauteng is not doing well economically it can drag down the entire national economy. Our interventions and policies need to be based on evidence. Economic modelling and capacity building with ADRS Global is going to help us be aware of the overall likely impact our actions will have,” he says.

Recent StatsSA data shows that the unemployment rate among youth (those aged 15-24) in South Africa increased to 52.4% in the first quarter of 2018, implying that more than one half of young people in the labour force did not have jobs. The statistics show that South Africa’s unemployment rate is currently at a staggering 27.2%, compared to the USA’s 6% and Nigeria’s latest 18.8% figure.

ADRS’ models are built and run on data captured by Statistics South Africa and the Reserve Bank since 1970. They show, for example, that with the current mix of policies the economy will only achieve an average annual economic growth of 2.75% and the unemployment rate will drop to 19.7% between 2018 and 2030, a reality check for growth and employment over a 13-year period.

“If the South African Government is determined to realise key NDP targets related to the unemployment rate and poverty, the current policies need to be re-examined and alternative policy scenarios considered. ADRS Global’s web-based suite of economic models is built to help such a process in a systematic manner,” Adelzadeh notes.

“This programme is not run purely from the department of economic development, but is all inclusive, looking at issues of infrastructure, spatial development, education and skills development and treasury. “It will go a long way, as we are able to focus on a few things that can actually help us have maximum impact in terms of employment, growth and to address issues such as poverty and transformation,” adds Moholwa. (682 words) Ends. 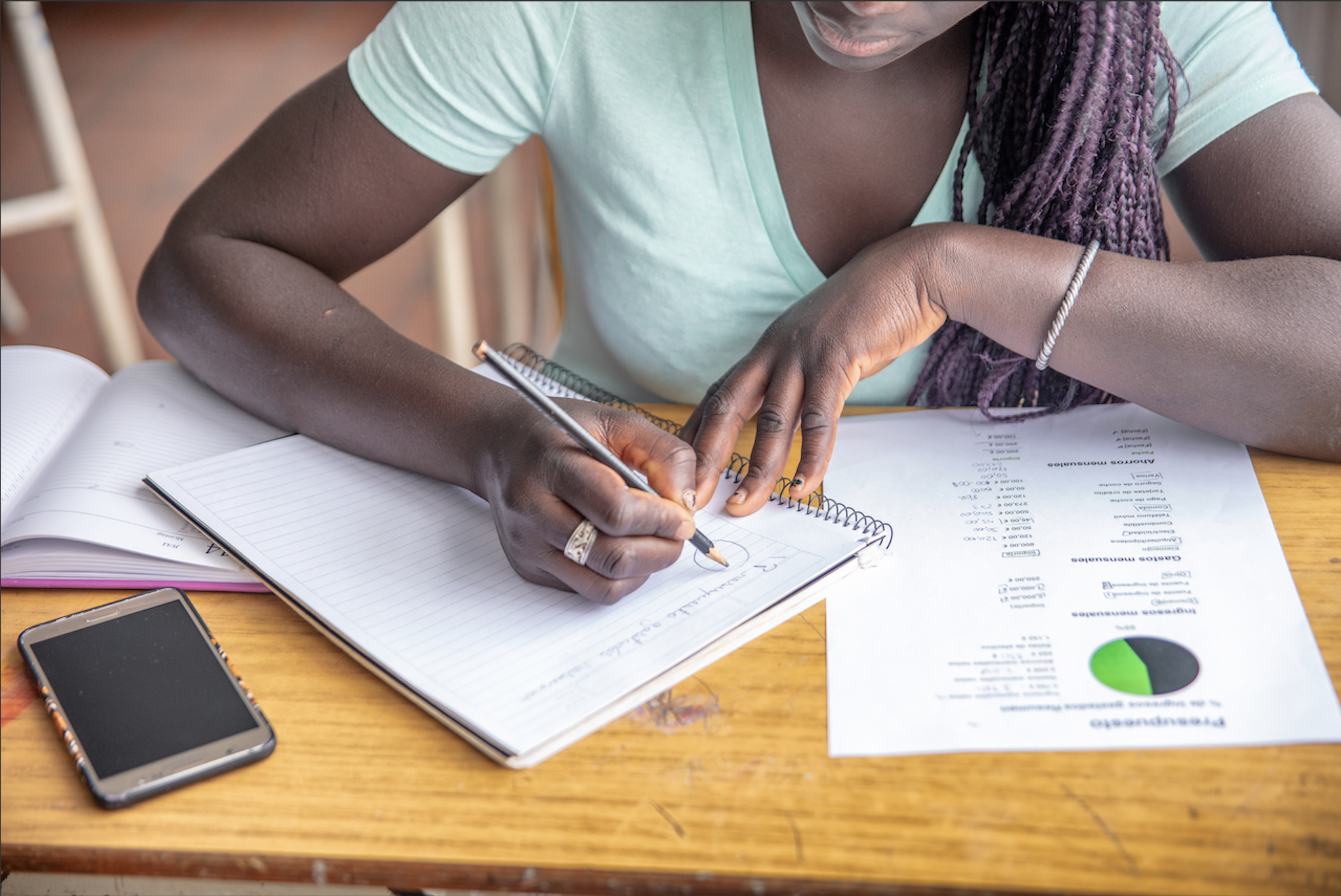 Johannesburg, 25 June 2018: SOUTH AFRICAN youth can benefit from skills forecasting and scenario planning to better prepare for the future and the world of work.

This is according to Applied Development Research Solutions (ADRS) Global, a leading economic modelling research company whose Linked Macro-Education Model (LM-EM) is generating medium and long-term forecasts of skills demand and supply in South Africa.

Recent StatsSA data shows that the unemployment rate among youth (those aged 15-24) in South Africa increased to 52.4% in the first quarter of 2018, implying that more than one half of young people in the labour force did not have jobs.

The model helps identify growth paths linked to economic and education policy scenarios that can benefit the youth.

It has shown that with the current mix of policies, the economy will, at best, grow at a moderate average growth rate of 2.75% between 2018 and 2030 adding about 6.2 million jobs to total employment.

By 2030, total employment and the unemployment rate are projected to reach 22.4 million and 19.7% respectively.

Over the next 12 years, the model shows the share of workers with low skills (no matric) is projected to gradually decline from 45.8% currently to 35.2%.

LM-EM also provides projections of future demand for various occupations across industries. “For example, the demand for managers in the Trade, Catering, and Accommodation sector is projected to increase by about 150,000 over the next 12 years or about 3.1% annually.”

There will be more than 900 job openings annually in this field, and the overall number of programmers is projected to increase by about 8 000, the model shows.

“It is essential to appreciate the skills needs of the country in an interactive system that captures the relations between the economy and the education sector. LM-EM does this. It also shows that the youth can especially benefit through not only increased investment in education but also adoption of policies that directly target higher growth and employment,” added Adelzadeh.